IDAHO FALLS — Over the next few weeks, Thursdays will mean free concerts in Idaho Falls.

The United Way of Idaho Falls and Bonneville County is kicking off the Live United Concert Series this week.

The new location will be able to accommodate inclement or good weather with its multi-purpose stage. Concerts can be held inside, holding about 450 people on the main floor.

If the weather permits, a sliding door can be opened from the stage to allowing an outdoor performance. Patrons can view the concert from the patio and grassy area at the back of the Waterfront building.

“We’re always subject to weather, rain or wind,” said Eric Isom, chief development officer for Ball Ventures. “We wanted to create a location that we could do those kinds of events, those kinds of concerts and fundraisers with the flexibility of being inside or outside.”

Project managers said they’re excited about the events and concerts to be held in the new building.

“We think it’s going to create a whole different experience for the people who attend these concerts than what we had before,” Isom said.

The first concert of the season will be July 20. A Utah based band, The Str!ke, will be performing.

Along with the concert, organizers are holding a canned-food drive event as the first service project. Patrons are welcome tobring canned food to the concert. The items will be donated to the Family Crisis Center in Rexburg and the Idaho Falls Rescue Mission.

A service project will be featured at each concert.

Concerts are free of charge from 6 p.m. to 9 p.m. on Thursdays at the Waterfront in Snake River Landing. 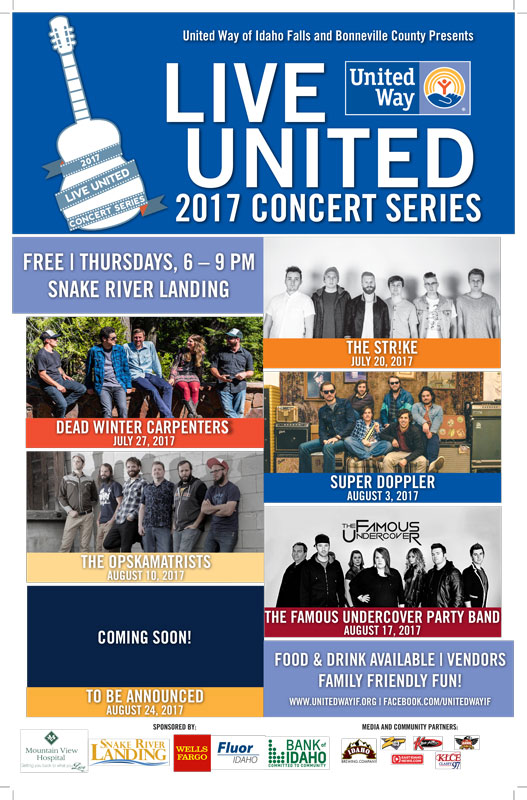