In addition to the completion of the land donation, construction will commence later this month on Event Center Drive, a 5-lane street which will provide the main access to the Event Center facility. Construction of the new street will be managed by Snake River Landing. 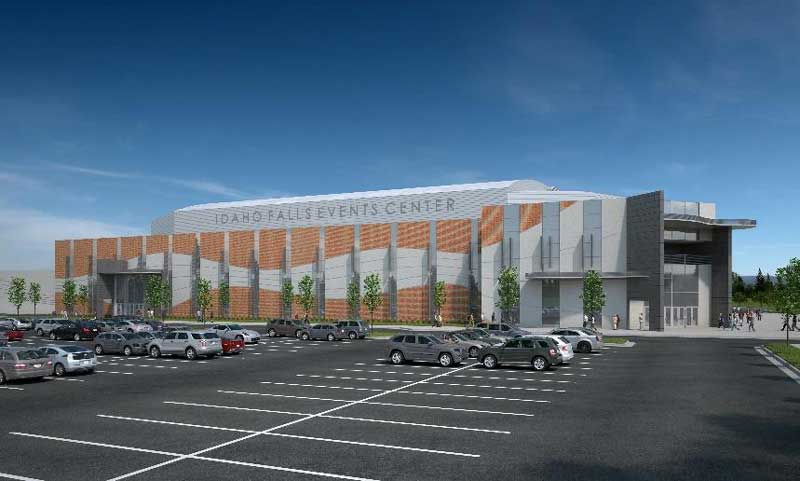 “Ball Ventures and Snake River Landing have worked side-by-side with the Idaho Falls Auditorium District in the planning and preparation of the site and required infrastructure,” says Eric Isom, Chief Development Officer of Snake River Landing. “The completion of the land donation and the construction of Event Center Drive are the culmination of a lot of hard work by the many people involved, and show the Idaho Falls Auditorium District’s ongoing commitment to make continued progress toward completion of this wonderful project.”

“Ball Ventures is pleased to make this donation in support of the Event Center project,” says Cortney Liddiard, CEO of Ball Ventures, LLC. “We believe the event center will be an asset to the community and will promote additional economic development and increase the quality of life in the region.”

In 2009, during the early stages of the Event Center planning, the Greater Idaho Falls Chamber of Commerce tasked an advisory committee with selecting the site for the future event center. Snake River Landing was selected from a number of proposals due to the high visibility of the location, convenient access to I-15 and the southeast Idaho region, and for the ability to integrate the event center into the overall design of the mixed-use development.

“This donation is the catalyst for the road development and ultimately the event center,” according to Board Chair Terri Gazdik. “The Ball Ventures group has been instrumental in so many phases of this project. They are a committed partner to making the event center happen and we greatly appreciate the owners and team members at Ball Ventures.”

Allen Ball says, “My wife Connie and I have always felt it is important for us to give back to the community that has given so much to our family. This goal has been much of the driving force behind the Snake River Landing development, and this land donation helps to accomplish this goal.”